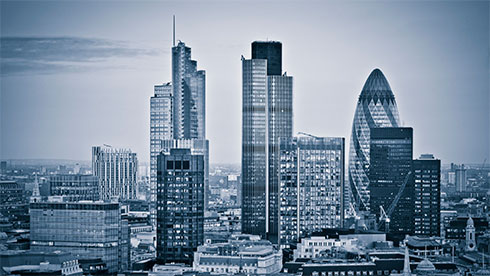 In a study, the British found that the cultural sector is unrivaled in terms of public investment. It is growing every year and is increasingly productive.
The Arts Council of England (the Arts Council) invests taxpayers’ money into culture and that is why it feels the need to demonstrate that such investments are reasonable. It was with this in mind that the Arts Council England first asked the Centre for Economics and Business Research (CEBR) to analyze in detail the economic effects of investments in arts and culture. The result is a report that sheds light on how people across the country are benefiting from modest public investment.

According to 2011 data, turnover in the arts and culture sector was £12.4 billion. A new report shows that compared to 2013 data, sales rose to 15.1 billion pounds, an increase of nearly a quarter over three years.

If we look at gross value added (GVA) values for the arts and culture industry, that is, net income minus external costs, we have seen good progress – a steady increase of 35.8 percent from 2010 to 2013 to a respectable 7.7 billion pounds.

And that progress has been good for the sector. According to a new report, workers in the arts and culture sector are paid £28,000, well above the national average. Between 2010 and 2013, it rose 2.4 percent, amid relatively low inflation.

Employment in the sector is also doing well. The report showed that between 2010 and 2013, the number of people employed rose from 123,000 to 128,000. The skills acquired in the art industry provide an ever-increasing demand in the labor market, where “traditional professions” are being replaced by a more knowledge- and skill-oriented approach. The development of the sector is of particular interest to young people entering the labor market for the first time.

Given the role that public investment plays in the development of the arts, we need to look closely at the situation and ask what do taxpayers get with the emergence of these jobs? Is this a rational use of funds?

Labor productivity in the arts and culture industry remained at an all-time high between 2009 and 2013. This was especially true for activities such as book publishing, sound recording and music publishing, where it averaged £85,000, more than double the U.K. average. If we take just the recording and music industry and include the data at the end of 2013, we get 130,800 pounds of GVA per full-time employee. That’s already a major league game. Even service staff productivity is estimated at 105,700 pounds.
Overall, the arts and culture sector more than recoups its investment through the income it generates for the Treasury. Every pound of public funding that goes into the Arts Council England’s national portfolio organizations generates £5 of tax revenue from the sector as a whole. The most recent figures show an annual income of 2.35 billion pounds for the Treasury Department.

The new report also shows that tourism brought the cultural arts industry about a billion pounds a year, significantly more than the previous figure of 860 million pounds.

It’s hard to argue that London, with its unique combination of an abundance of cultural sites and a geographical location that opens up to the heart of England, is a winner in attracting visitors at all times of the year. Nevertheless, other regions of England have seen improvement as well. According to the report, arts and culture industry profits in regions such as East Anglia and the East Midlands are growing at a rate faster than the U.K. average. And, while the rate of such growth is slowing in London, in contrast, it’s picking up in the regions.

An economic boost would come in handy in parts of England that have been too slow to recover. In Northeast England, the arts and culture sector has almost restored pre-crisis levels of contribution to the region’s economy.

These numbers may look modest compared to the performance of the larger sectors of the economy. But they show that the history of the arts and culture industry is a story of steadily increasing economic success. This report serves more than just to justify the confidence placed in the current level of public investment. It provides a glimpse of what more can be done.

The report contains some particularly important data. For every pound of profit made by the arts and culture industry, 51 pence of GVA enters the economy. That’s 4 pence more than what came in per pound according to the previous report. What does this mean? That the arts and culture sector has successfully cut spending by increasing its GVA, thereby increasing its contribution to UK GDP. This speaks volumes about flexibility and high productivity, about how the industry has been able to use budgets more efficiently without giving up its creative ambitions.

The conclusions reached by the Center for Economics and Business Research confirm the results of other recent studies, including the latest one on the economic impact of museums in England. The report was published in March. It states that Britain’s museums contributed £1.45 billion to the economy.

In this context, public investment in arts and culture is second to none. The sector grows every year and costs Britain less and is increasingly productive. Moreover, among its products are those that are most expensive – entertainment, inspiration, happiness and well-being.